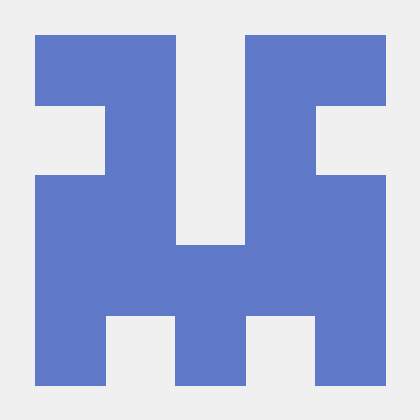 As it does every morning, the day started with Moxie singing the stand-up song, reminding us all (and waking up the slackers) that at 9am sharp we all get in a circle to discuss what we accomplished the day before and what our priorities are for the coming day.

Wednesday morning’s standup also included a decision to take a late-afternoon drive up the coast for a sunset picnic. Most of the day was spent working, but that didn’t stop random activities from breaking out, like the push-up contest Christine organized – in which many of the Winter Break of Code attendees found themselves fighting to keep pace, get their push-up count up into the thirties, and avoid Jake sprawling out on the floor. 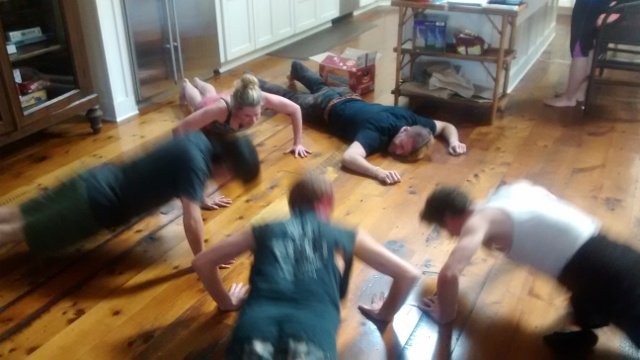 In the late afternoon, after placing the largest sushi order a local sushi restaurant had ever filled, we all piled into our two cars and drove up the coast to Hāʻena State Park. There we alternated between staring out into the Pacific, climbing the roots(!) of a giant tree, and watching waves crash into the setting sun. 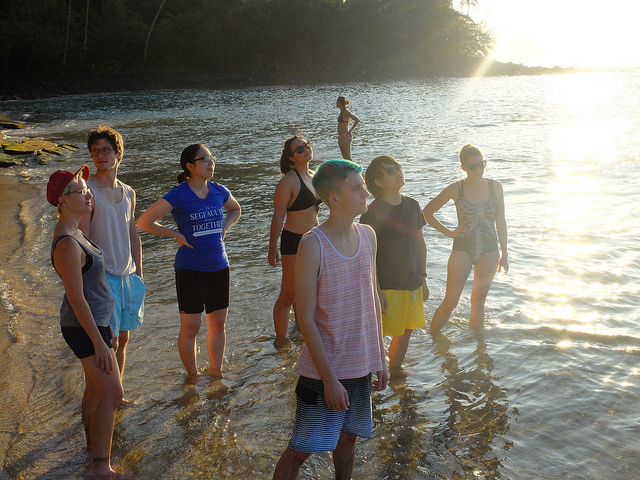 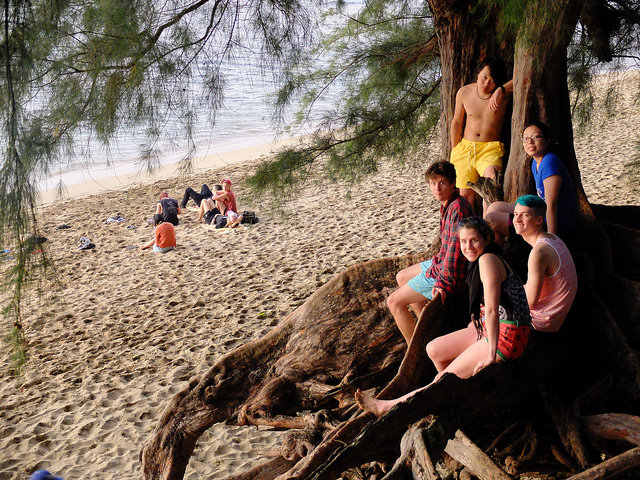 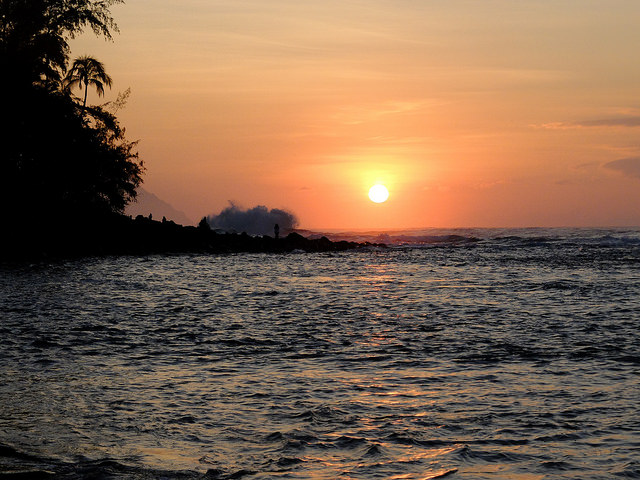 By the time the twilight faded, we had finished comparing the effect of the modern definition of self with the historical result of religion on society, and headed home to spend the rest of the evening designing UX, building GUIs, and refactoring code towards more great Open Whisper Systems apps.