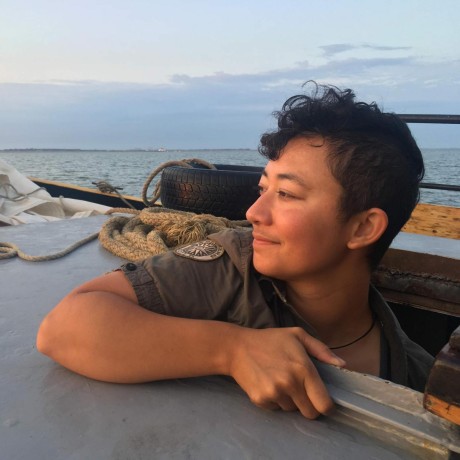 I am no stranger to Hawaii. Although I’ve never lived here myself, I’ve visited the islands perhaps a dozen times. My grandmother and my father were born and raised here. My mother attended college here. I have aunts, uncles, and cousins who’ve lived on various islands, moved away, came back, moved away and back again. I even have Native Hawaiian blood in my veins.

But this trip is different. This time it’s not about family or heritage. This time, I have a mission: to make secure text messaging and calling easier, more accessible, and more prevalent.

The first time I used TextSecure was a bit of a blur. “Hey do you have TextSecure?”, my roommate, Mark, asked one First Friday in Oakland. “Huh? What? Uh…no?” “Oh, well you should download it so we can exchange keys.” Despite some initial awkwardness concerning session initialization, we were soon transmitting such covert secrets as “Neat, it’s working” and “yay! :)”.

At this point my knowledge of cryptography was (is) somewhat rudimentary. I knew basically what encryption was and how to use RSA key pairs for ssh, but I thought of encrypted SMS as more of a nerdy novelty than anything else. I figured it might be a practical precaution for activists, whistle-blowers, and rebel freedom fighters operating under and against oppressive governments, or perhaps government agents operating in hostile foreign countries, but for 99% of people I knew and 99% of their SMS conversations, surely this app would be, as they say, like wearing a tin foil hat.

Now I see things differently. The truth is, even here in the so-called land of the free, we are constantly under surveillance, both passive and active, by our government, our corporations, our law enforcement, and ourselves.

Once you accept these facts, it’s easy to see that you should use encryption to protect your important data and communications. But surely encrypting something like “yay :)” is overkill, right? The catch here is that encryption is most effective when everyone uses it all the time. Otherwise the encrypted stuff sticks out like a sore thumb, announcing to all the world that this data is special and secret. So even if you have nothing to hide, using encryption as part of your regular routine will help protect you when you really need it, not to mention helping to protect others who really need it.

The problem is, the barrier to entry has traditionally been fairly high. Access to modern encryption used to be restricted to government agencies. This is now changing as more and more people pick up on PGP for email, HTTPS for the web, and now TextSecure and RedPhone for mobile, but we still have some work to do to make encrypted texting and calling as simple and painless as possible.

So back to TextSecure. Hopefully by now you’ve installed it. If not, go ahead. I’ll wait. Back? Good. Now open the settings menu. You’re probably thinking something like “Oh. My. Glob. Becky. Look at that settings menu. It is so big.” You’re right, but don’t worry because we have a plan to change that. Some settings will be removed, others will be reorganized. Whether you’re a seasoned secure texter or freshly installed, keep an eye out for these changes in upcoming releases.

On the chopping block

A few of these “settings” are more like features or functions. Others are only needed in rare instances or by advanced users. We’ll be doing some reorganizing to reflect that fact. So if you see these things disappear, don’t worry. They’ve just moved to a new home.

With these changes, we can essentially cut the settings menu in half, making your TextSecure configuration experience cleaner, simpler, and more streamlined.